Happy Birthday Tom! The Legacy of Jefferson and the Land Ordinance of 1785

Thomas Jefferson was a driving force behind the original U.S. Public Land Survey and today, April 13, is his 272nd birthday.

For more on how the land survey happened in the first place, Andro Linklater’s Measuring America explains the prevailing political and economic conditions of the time, as well as the origin of the seemingly arbitrary units that were used to plot the vast lands west of Appalachia. Fundamental questions remain about how the U.S. assumed the right to sell off these lands to boost federal coffers, but the impact of the survey stretched clear to the Pacific and is still easily visible today. In honor of Tom’s birthday, we share some examples, best explained with pictures: 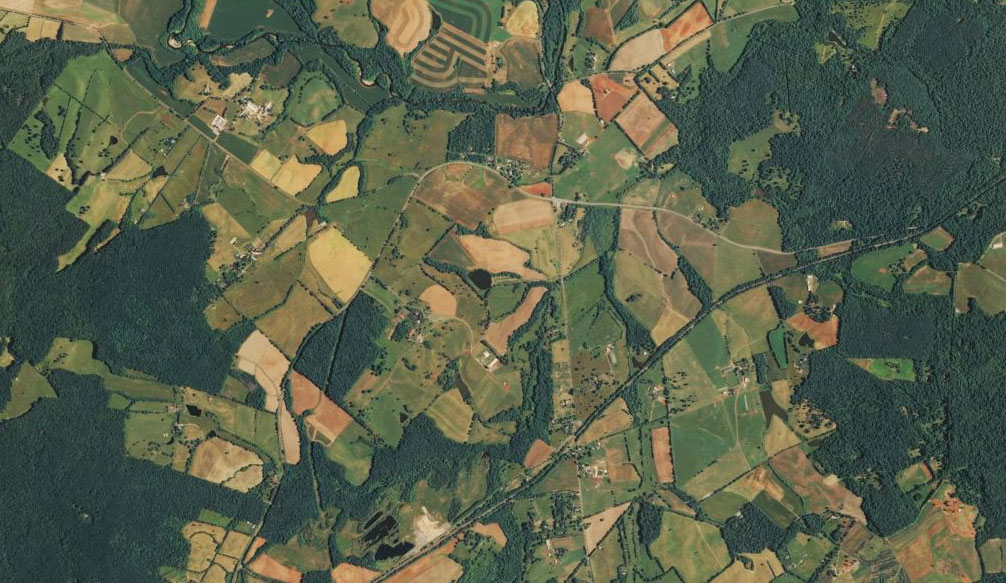 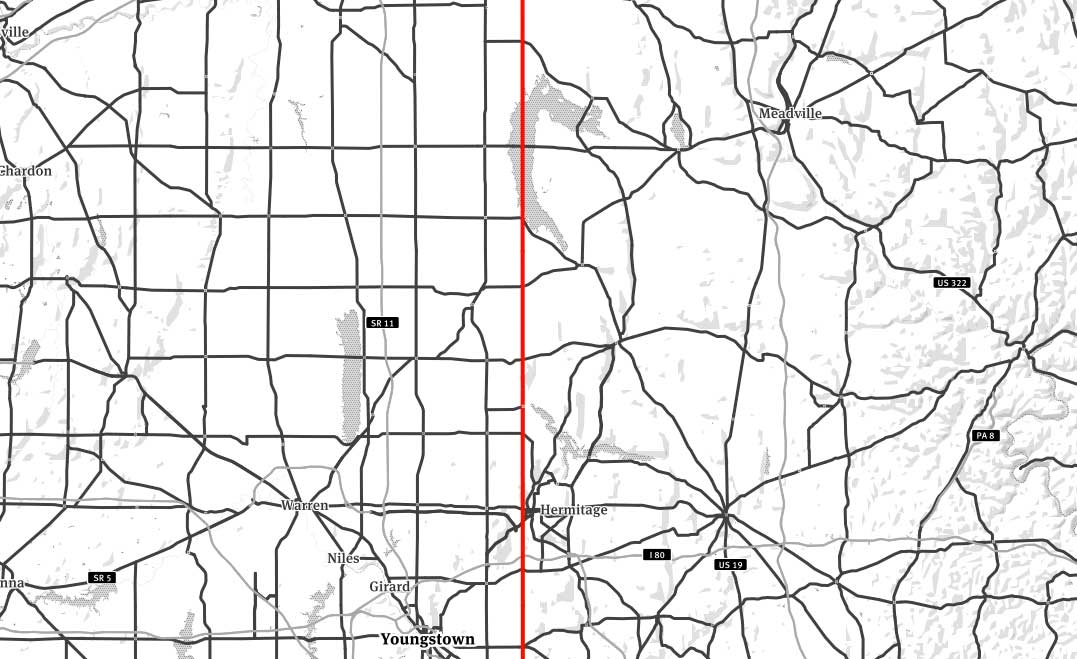 The border between northeast Ohio (left) and northwest Pennsylvania (right). Emphasizing secondary roadways, this map shows the influence of surveying methods based on the cardinal directions (Ohio) or lack thereof (Pennsylvania). 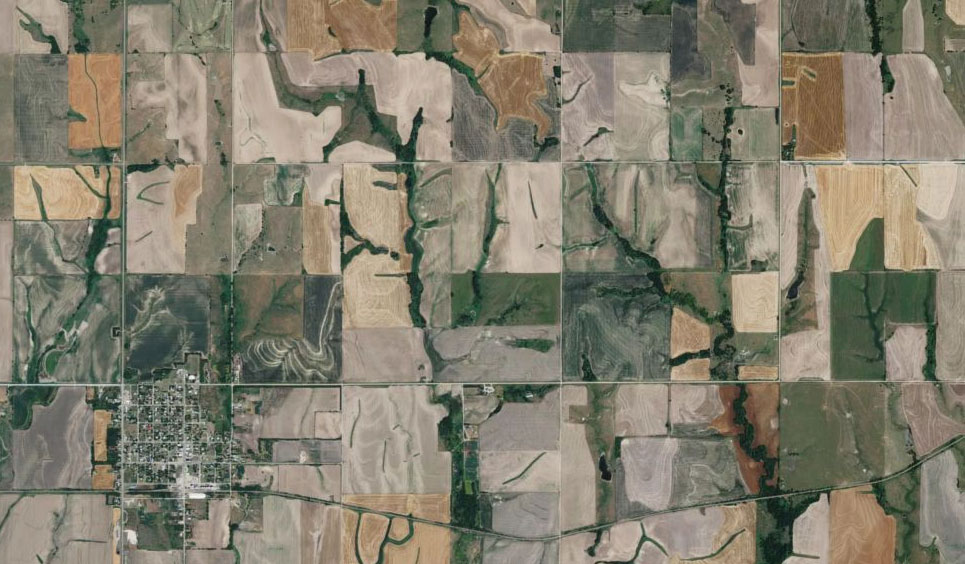 The landscape near Lebanon, KS (bottom left), the geographic center of the contiguous 48 states. Most visible are quarter sections, half a mile on a side and 160 acres - a quarter of one square-mile section. Different plantings and roads along section lines make these regular units especially clear. 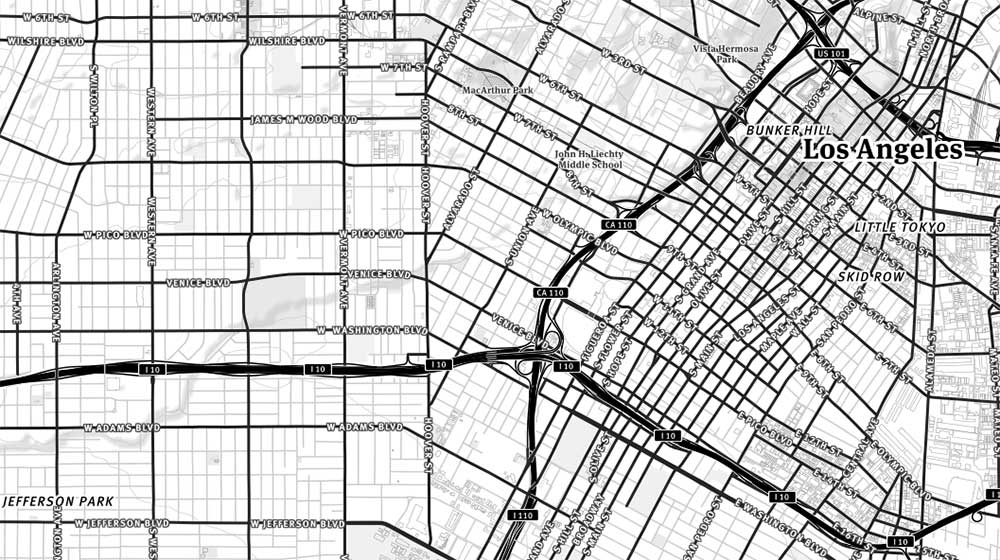 A street map of Los Angeles, revealing a stark difference between lands that were subject to the survey (conducted in the 1850s) and those that were not. Downtown (on the right) retains the grid of the original Spanish pueblo, while the streets to west are oriented according to the baselines and meridians of the Public Land Survey System.

So next time you hop on a plane, grab a window seat and see if the legacy of the land survey shows through below.